Can i see the reference photo?

In the youtube video i'm referring to the first guy out of the chopper at 0:50. I'm missing the LLM-light that he has on but i'm not really in possesion of the money needed to procure one.

Also in the video he has the original K-flashhider on, but on the "other references" picture you kan clearly see a KAC flashhider (which is what I have on my gun atm).
by vinni

my blaster as it is today, plan on throwing some extra's on before berget
by FallenGuard
It's less new now and more damaged from field conditions... but still shooting great!

my blaster as it is today, plan on throwing some extra's on before berget

dear gun, where you taking that little boy?

p.s. love to see some real camo there

by Kvarnen
This will be my primary at B9.

by STUNTMAN
edited.
by Ober-Lix

This G3 has been converted with wooden parts from an original and Classic Army metal body. The leather shouldering belt is also from a real G3.
Click on the picture to enlarge.
by Kayco
My Baby for B9

This G3 has been converted with wooden parts from an original and Classic Army metal body. The leather shouldering belt is also from a real G3.
Click on the picture to enlarge.

Looks like Cetme to me
http://elparacaysusmovidas.files.wordpr ... me-001.jpg
Don't get me wrong, it looks great, but I would go hk21 instead.
by Ober-Lix
Since comming to the end of the 1960s the G1 (belgian FN) was faded out of the Bundeswehr, the Forces were resupplied not quick enough with the Heckler & Koch designed G3, a certain amount of this design was produced under licence in Spain with the name of CETME.
Never the less, this one is a H&K G3 because on your picture it shows the typical spanish made wooden handhold.
by Panzergraf
The CETME wood stock is also slightly different from the H&K-wood.


I had a G3 like that until recently, but I ended up selling it.
It felt very nice with the wooden furniture.
by Losolos 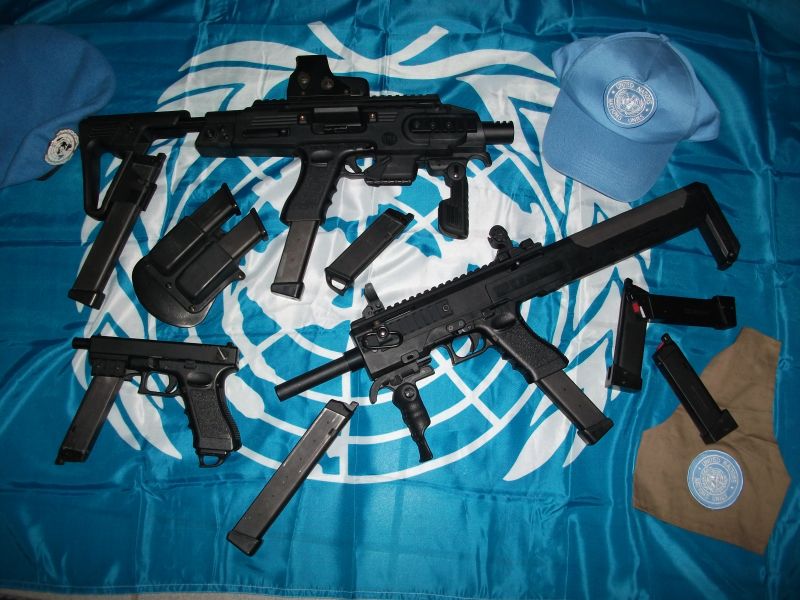 by Klings
i just died a litte bit inside of me. Why not settle for a MP5?

Thumbs uf for the custom work done tho...
by Losolos
ICS MX5 pro is on the way ..

but its good to have only one sort of mags