Page 6 of 9
by Karko
I dont know what the windshield has to do with that part of the video. But the thing I called "blindfire" is the fact you put your weapon out of the roof hatch and fire, without revealing yourself. Same if you put a gun over a corner and spray. I dont think it was in the berget rules, but its kind of unsportsmanship action. Atleast in my opinion. And in some places its forbidden action, such as here in Finland.
by cpt.miller
anything left to say?

by Karko
You had "paper windows" ?

If so, too bad we did not realize you had such "breakable" windows
so we would know to shoot at them.
by Kayco

Driver and Co-Driver was more hit, then the Gunner on the roof

Could you see the hole on left above?
8mm BB

No idea, who was the shooting king, but we found the BB inside the car. Respect!

Gents, please no more rail against us!
by Windi^

cpt.miller wrote:blindfire.... aha ok..... in germany the windshields are transparent

Yes, in that case it is not blind fire, but then again, how are you supposed to hit the shooter when only his gun is can be shot (ok, it is possible, but very hard)? He then again can see and shoot as he pleases. BE should update their rules and make it against the rules shooting like that. Like Karko said, unsportsmanlike behaviour
by cpt.miller

cpt.miller wrote:blindfire.... aha ok..... in germany the windshields are transparent

Yes, in that case it is not blind fire, but then again, how are you supposed to hit the shooter when only his gun is can be shot (ok, it is possible, but very hard)? He then again can see and shoot as he pleases. BE should update their rules and make it against the rules shooting like that. Like Karko said, unsportsmanlike behaviour

are you fuckin kiddin me?

read before post
by freno
As said before it´s not against the rules, and i see you all took the hit from the BAV. That is still the only way to stop a vehicle!!! "paperwindows or not!!!

Unsportsmanship we find everywhere... 8mm BB´s, broken windshield on my Volvo (standing empty inside our base on B9), Taking hits, deadman-speaking (i forgot myself once this year)....
by Windi^

cpt.miller wrote:
are you fuckin kiddin me?

Can you give me more info about what is the problem?

If you are referring to those plastic windows (is the guy in the video inside a vehicle with plastic windows when shooting "blind"?), how should we players know that those windows are plastic? I myself try not to shoot the car at all with my rifle since 99% those have glass windows and the cars can only be destroyed with BAVS. So there is again a problem.

What is your issue with banning blindfire, real one, or those as we can see in the video? It is a safety issue or a unsportmanship issue none the less.

And please, clean up you tone. I don't need any "are you fuckin something something". If you can't discus with normal attitude or tone, don't discus at all.
by Mr Black
I strongly suggest that discussions regarding misbehavior or change in rules are taken to another thread.
by Dimori

Why are 8 mm BBs unsportsmanship? They are allowed in the rules.

by Panzergraf
I saw many vehicles with gun ports cut in their windows too. Maybe the rules should be clearer about having to expose yourself while firing?
by Tiger_1
Or if you actually take the time and effort to make a real gun turret with protection (and have it Berget Approved). Then only that or other top cover pos can be used. The fire through the widows thing annoyed a lot of players and needs to stop.

But could we move all the post related to this to the veteran or Berget 10 feedback forum.
by Trasher-HU
The vehicle rules are still confusing and unclear.

But since all vehicles counted as resistant to small arms fire, there were nothing wrong with firing through gunports, slits, and openings - the very same thing is happening IRL (and at other events using vehicles, for years). If fighting from BE installed bunkers the same way was perfectly fine (gun sticking out from a gunport with the player completely unexposed), then there is nothing wrong with it.

That is another matter that most players were completely uneducated how to handle ingame vehicles (basically, avoid them unless you have BAVS) and some threw spectacular hissy fits, refused to take hits, etc. when they were shot, repeatedly.

It was the WORST and most dangerous mech experience (people jumping in front or on the hood of cars, opening the doors, shooting ppl inside at point blank) over my 5+ years of using and driving ingame vehicles.

Will not play mech ever again at Berget, unless the rules get sorted out (which is unlikely to happen).
by Tiger_1
But real armoured cars do not have widows you role up and down as you want, and most modern protected pat cars dont have gunports, to stop shock waves from roadsides bombs. But it would be easier if all actions allowed from and against cars are stated clearly in the rules, and people are checked by their officers that they know them.
by Trasher-HU

Tiger_1 wrote:But real armoured cars do not have widows you role up
and down as you want.

Not exactly, just one example: 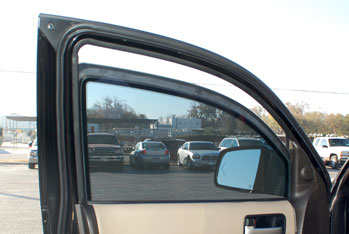