but its a true 4x4, mecanics is as simple as it gets and as reliable as it can gets ... and you can go virtualy anywhere you want with one of these

it has equiped the portuguese armed forces and police untill it has been decided to chose the nissan patrol to replace the police units and the land rover, hummers and toyota land cruiser and mitsubisy l200.... with it seems are bether for military services ...

by Crapgame
I Think ill bring my 4x4 light armorued vehicle, its a bit slow but it works when i have my m249 with me..

by MrMedic
That is obviously a 5x5...
by Crapgame
well, one of them is only a stabilzer...

Kris, the US ARMY got the Hummer, we got the UMM. 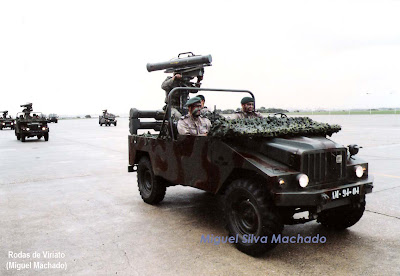 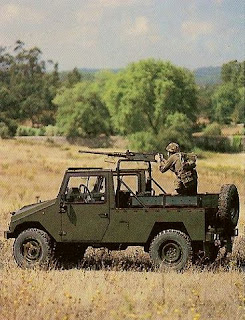 
If you want to see more, just google UMM.

STUNTMAN
by freno
If i get bigger parkinglot at B9, i might bring one of these:
http://warandgame.files.wordpress.com/2007/09/13.jpg

WATCHOUT ALL ENEMIES!!! I MIGHT BE YOUR PAIN IN THE ASS!!!
by Arbiterman
We'll try to find one or two of these for you Freno!
by freno
Great!!
Put it on my account!
by Smacker
can i have the missile? i want to build a home out of it.